How wonderful to have a history, and even more wonderful to know it! True, the Kreuzalm has obtained a new exterior, but inside its ancient soul still remains. The alpine lodge was first mentioned in a document back in 1408. Not at its present location, but rather off to the right, where the annex stands today. Long before cable cars, jeeps and paved roads were around, mules were the best thing available for transporting supplies and other things. The start-up of the Kreuzeck cable car in 1926 rang in a new era. As Bavaria's first aerial cable car, it let local nature lovers and tourists glide effortlessly to the top. And breathed new life into the mountain restaurant business. Including the Kreuzalm lodge.

Consequently, the cabin was rebuilt in its current location in 1950 and, from then on, things got lively up here - juggling plates, musical chairs and welcoming guests stopping in for a meal or snack. The lodge became so popular that it had to be expanded every ten years. In 1980, Herbert und Ulrike Krause took over as the new hosts and chef de cuisine. They passed on the baton in 2011.

Not to a stranger, but rather to their son who had grown up in the business and wouldn't consider any other occupation as an adult. Fortunately, his wife Maria feels exactly the same way. So the family lives the life that comes with an alpine lodge: In the morning, the descent by cable car to go to school, Christmas with the staff and sometimes dinner together with a late guest. The renovation in 2015 hasn't changed any of this. Thanks to the local craftsmen and architectural discretion, the good old days and modern times coexist in peaceful harmony. 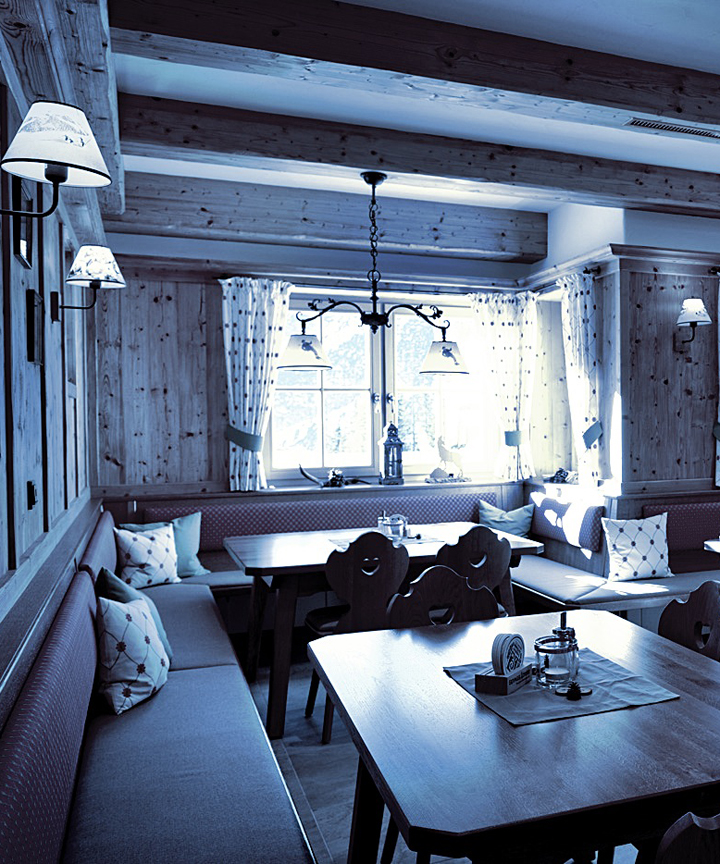 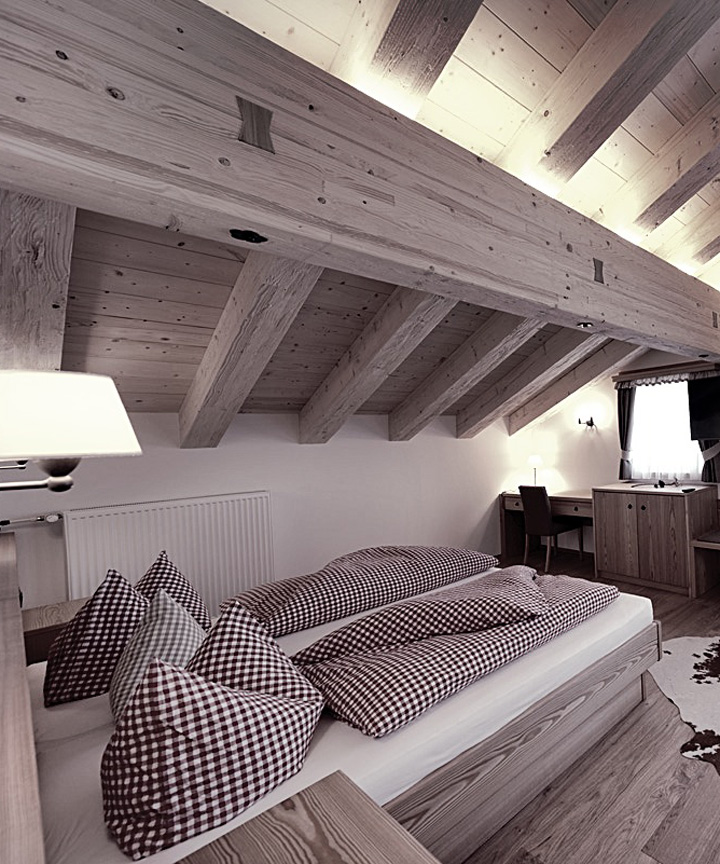 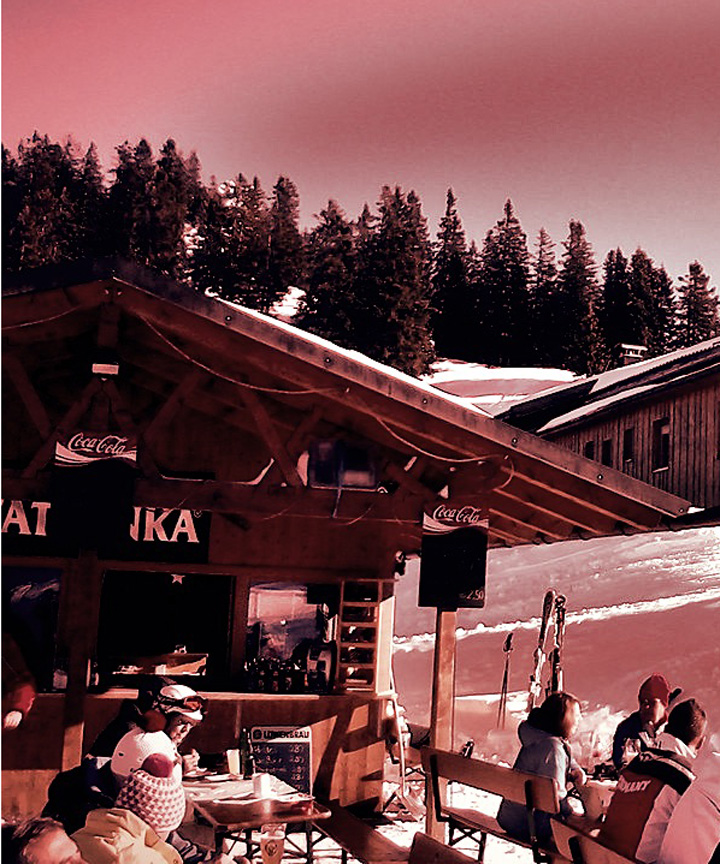